The first edition of the Reinsurance Hot Topics show, presented by CCR Re, aims to bring together recognised experts in our field to debate current topics and themes that impact the reinsurance industry.

For this first edition, we decided to talk about climate change, and the challenges it brings for reinsurers. Indeed, the re/insurance sector has to prepare itself to face many challenges linked to global warming, especially the increase in frequency and intensity of natural disasters.

Don't miss the next episodes by subscribing to our newsletter!

📺 Go directly to the replays of the show 📺

At its simplest, insurance is a question of managing financial risks. It involves estimating the probability of a given event and the financial losses that it might cause. The challenge posed by man-made climate change is simple. It is driving the frequency and intensity of natural disasters everywhere around the world.

That means bigger and more frequent insurance claims. To reinsurers, who help to cover the risks so great that even major insurance companies cannot take them on alone, it means adapting to meet new challenges.

What is a “natural disaster”?

The common-sense answer is that it is a natural event with catastrophic consequences - earthquakes, storms, hurricanes and typhoons, hailstorms, flooding, forest fires, volcanic eruptions…

They can all potentially cause huge financial damages.

Olivier Choquet : “We have the case of the 2021 volcanic eruption in Iceland. It has produced beautiful pictures, and no damages.” 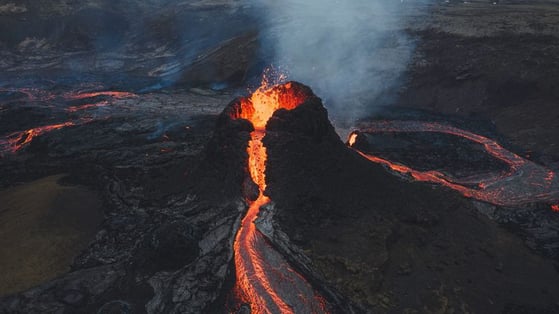 It is important for insurers, their clients, and their reinsurers to be precise about what is and what is not covered in an insurance policy.

This is where the common-sense answer is no longer good enough, and legal definitions are required. To take the example of the 2010/11 earthquakes which hit Christchurch in New Zealand, buildings in the city were weakened by a first 7.1 magnitude quake in September 2010. Over the next 15 months, more than 2000 aftershocks continued to shake the city. Of these, 5 were major quakes in their own right, one causing 185 deaths. In financial terms, the quakes caused damages estimated at between $6 billion and $9 billion. 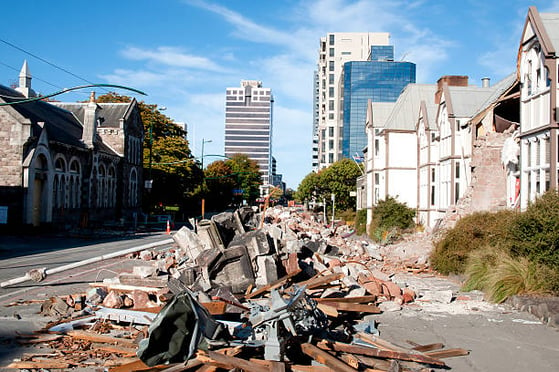 Olivier Choquet : “One big difficulty for insurers and reinsurers was to be able to allocate damage to the event which had generated it. This is very difficult, because sometimes you had the same risk which was damaged twice, by two different shocks.”

In other words, if a building is weakened by a first quake, then flattened by an aftershock, is that one claim, or two? And how do you settle the question of how much damage was caused by each quake?

Similar questions arise with other risks. In 2020, there were major floods caused by an ice-jam in Fort McMurray in Canada. Damages caused over the whole of a 168-hour period were judged to have been caused by the same single event.

But that still left the question of whether a company with 2 sites, 500km apart, both of which were damaged by the same flood, was making one or two claims. At stake was the question of the deductible, and whether the insuree would have to pay it once, or twice.

Olivier Choquet : “These natural disasters are usually listed in reinsurance contracts to specify the scope of the coverage, or to define loss occurrence.”

Climate change is often expressed in terms of a rise in average temperatures world-wide.

This hides the fact that climate change is climatic instability. For example, in winter, strong westerly winds circle high around the north pole, trapping extremely cold air in the stratospheric polar vortex. When those winds weaken or reverse, warm air rises into the stratosphere, and the extremely cold air descends closer to the ground, where it is usually held in place by the jet stream.

But with a weakened polar vortex the jet stream has a looser trajectory, and the cold air can be carried hundreds of miles south. In 2021, this translated into a freak 5-day snowstorm in Texas. The state’s infrastructure simply wasn’t prepared for this challenge, which knocked out water and power for days, and caused an estimated $200 billion in damages. It was the single costliest disaster in the history of Texas, completely eclipsing the $125 billion damages caused by hurricane Harvey in 2017. 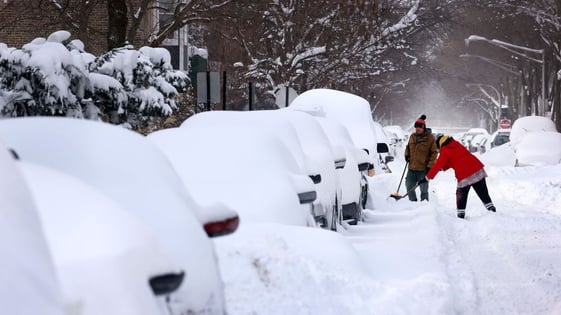 As that example shows, natural disasters are inherently chaotic. Causes and effects can be thousands of miles apart.

Insurers need, above all, to be able to estimate the risks they are insuring. So the first challenge in dealing with climate change’s effects on the insurance sector is simply to understand what its effects might be.

David Moncoulon is the Head of Modelling R&D Cat & Agriculture at CCR. He has worked with Météo France, the French national meteorological service, to explore that question.

Together, they created a detailed model projecting losses on French territory between now and 2050. The model looked at two possible scenarios. The “optimistic” RCP2.6[1] and the “pessimistic” RCP8.5[2]. In both cases, mainland France will see a variety of natural disasters becoming more common over the next 30 years. Storm surges will increase in frequency and in size along the Atlantic coastline. The kinds of droughts currently experienced in southern Europe will spread northwards, affecting the whole country. There will be more flash flooding from sudden downpours. And France’s overseas territories will suffer from an increase in the number and strength of hurricanes in the Caribbean.

Overall, says David Moncoulon, these will lead to an increase in claims/premium ratio of 50% by 2050.

These French figures reflect a world-wide increase in the risk of natural disasters due to climate change.

The future is now

David Moncoulon’s study projects the effects of climate change to 2050. But the effects are already being felt on the ground now.

Olivier Boniface is the president of President of La Compagnie des experts, which is a union of loss-adjusting experts. As a loss adjuster himself, he flew to the Caribbean to handle the aftermath of Hurricane Irma in 2017. It was a category 5 hurricane, which tracked over the Caribbean islands before making landfall in Florida. It caused 134 deaths and an estimated $67 billion in damages. But Irma wasn’t alone. There were three hurricanes in the region at the same time. And two weeks later they were followed by Maria, another category 5 which caused over                         3000 deaths and an estimated $92 billion in damages.

“That quick succession of two category 5 hurricanes is unprecedented” says Olivier Boniface. Like the earthquakes in Christchurch, this also left loss-adjusters and underwriters working out how much damage to an individual building could be ascribed to one, other, or both of the hurricanes. 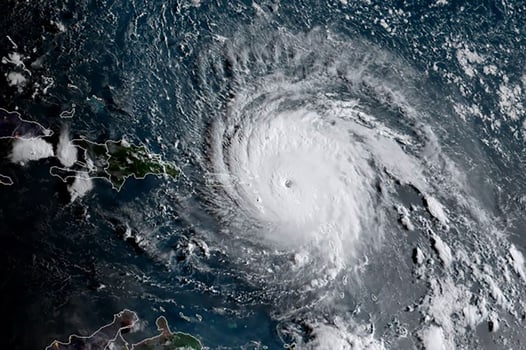 Reinsurers have a key role to play in helping the world to deal with the aftermath of natural disasters. Insurance companies, however large, have limited resources compared to the risks they take on for their customers. Reinsurance provides capacity cover for peak risks – natural disasters, plane crashes, satellite launches…

Patrick Delalleau : “It’s a difficult issue because we are taking the peak risks, in terms of natural catastrophes, but also industrial risks. And to be able to do that, we have to work on a world-wide basis – to spread our risk in terms of geography, and in terms of business.”

No part of the world is spared the impact of climate change, or the threat of natural disaster. But the impacts, human and financial, can be very different from one place to the next. An earthquake, even a major one, hitting a mostly uninhabited area won’t cause much harm to people or infrastructure. Different countries have very different approaches to insurance coverage, depending on their wealth, regulations, and culture.

Patrick Dellaleau : “In France, we have obligatory home insurance. In Italy, you have only 2% of people insuring their home.”

As a result, insurers and reinsurers have very different exposure to natural disasters around the world. To give one extreme example, the 2004 Indian Ocean tsunami caused death and destruction especially in Indonesia, where more than 100 000 people died. But because Indonesia had very little insurance coverage, there were few claims. The cost of repairing the damage fell mainly to the state and to international aid agencies.

The challenge for reinsurers is to balance their commitments, across the world, and across the risks they cover.

When natural disasters occur, and CCR Re’s clients are involved, CCR Re takes a pro-active approach to claims management.

A claims team is set up, working with underwriters and modelers, and the under-writer in charge of the area contacts their clients. Where necessary, underwriters and loss-adjusters will travel to the area in order to help to deal with the claims.

The aim is to gather as much information as possible, as soon as possible, to determine the extent of a claim and to process it quickly, in order to help the victims. As the number of disasters increases, so will the need for underwriters and loss-adjusters to deal with the claims that arise from them.

New technologies are starting to help.

Olivier Boniface : “Previews and modelisation are very important, but for a loss-adjuster nothing beats eyes on the ground.”

But in the days before he can get to a site, remote video – even something as simple as a video call – can allow him to start working. Even on the ground a small drone can give a useful aerial view, or be flown into areas where it would be too dangerous to send a person. In Olivier Boniface’s term, a loss-adjuster working with these new tools is the augmented expert of tomorrow.

Artificial Intelligence (AI) also has a role to play, this time in helping claims advisors. Combing through a contract to determine the scope of individual claims, what event limits apply, and which deductibles must be covered by clients takes time. AI can help to analyse the contracts and give quicker answers to those questions. Even something as simple as an “online counter” can make it easier to collect documents relating to a claim. Which, in turn, will allow the victims of natural disasters to benefit from more responsive claim management.

Climate change models show that, even under the most optimistic scenario, natural disasters will increase in frequency and intensity over the next decades. They are also extremely useful for damage prevention. For their study, David Moncoulon and Météo France worked on a model which predicted the impact of climate change in France, down to the nearest 20m.

That means that they could pinpoint, for instance, houses which are in safe zones today, but may be threatened by coastal surges in 20 years’ time.

Insurers (and resinsurers) can obviously use that information in order to adjust the coverage they offer that homeowner.

Better yet, if that information is shared with the local authorities, protections could be put in place, and the home protected from being hit in the first place.

In other words, for reinsurers, climate change is both a challenge and an opportunity to improve the way they work supporting both insurers and the victims of natural disasters.

[1] Realistic Concentration Pathway 2.6. The most stringent climate control pathyway. It assumes a decline of CO2 emissions by 2020, declining to zero emissions by 2100. This would lead to a rise in global temperatures of between 0.4°C and 1.6°C, and a rise in sea level of between 17cm and 32cm, both by 2050.

[2] Realistic Concentration Pathway 8.5. SOften referred to as the “business as usual” scenario. It assumes a continued high level of emissions of climate-changing gases. This would lead to a rise in global temperatures of between 1.4°C and 2.6°C, and a rise in sea level of between 22cm and 38cm, both by 2050.