I have 10 years of experience in several positions in digital marketing. First, I started in a consulting company. Then in an agency. Now I’m in charge of digital communications at CCR and CCR Re.

Why is it important to address gender equality in your communications?

At CCR Re our job is to reinsure risk and to be profitable, which is good! But, as for our communication, we need to go beyond that. Not just CCR, but the entire industry. I don’t believe it is sustainable for a company today to simply stay aside society. Silence is not neutral anymore, I think silence says a lot about a company. People, clients, employees etc., expect more from companies. I truly believe a brand should stand for something beyond making profits.

What’s your contribution to society? How do you take responsibility?

Globally women earn about 20% less than men. In Europe the average pay gap is around 15%. It’s 15% in France. In the UK for instance, the pay gap reaches 30% in the insurance industry. The question is "Are we OK with that?”

Are you taking advantage of this topic in order to promote CCR Re?

We could choose to sit idly and watch, but we chose to communicate on gender equality. Of course we could communicate on other issues, and we do! But this one remains very important to us. I hope that the very fact that we actually chose to speak about it is perceived as a positive thing to contribute to increasing awareness. As a communicator I can tell you this: a company can choose many issues and topics to relate to. And the choices they make sometimes tells a lot about them. I think this topic is very important for us at CCR Re and for top management too. Gender equality is taken very seriously. We have an average score of 88% on the gender equality French Index. And the company is standing up for it. For example we give great importance to gender equality directly at the recruitment step. So we’re moving forward, but we cannot brag about it. Because in the entire industry, and beyond across the world, there’s still a lot of work to do. We need to stay humble and to keep working on it. We need to increase awareness at every level possible, and that’s what this project is about. Increasing awareness.

As a man why do you feel concerned?

I don’t think it’s a man versus women thing. I think it’s more of a respect versus bigotry thing. For me this topic is very personal actually, it concerns my mom. All men have mom’s, some have daughters, wives and so on. We’re all surrounded by women and the thing is in what world do we want them to live in? Sometimes we even suffer from it indirectly. I did for example. That’s why I think it’s and important issue. I think gender equality is not a women’s issue. I think gender inequality, as for sexism, is a problem pushed on women. That sometimes they even interiorize. Gender equality comes from systemic, historical believes. It comes from the belief that humans should behave a certain way, like certains things and do certain jobs while being payed less for the same work based on their sex. So something that has nothing to do with your skills, your potential, your aspirations in life, will define how to live your life and what to expect from it. I think it’s unfair, I think it’s absurd. I think gender inequality is absurd. I think sexism is absurd, and so on. Of course it didn’t just happen, there’s a history behind it. Which is why I think increasing awareness matters and is important. For me, gender inequality is the starting point for many discriminations. Because when it’s OK to discriminate half of the population because of a physically difference, maybe it becomes easier to discriminate others for other differences. In the end, diversity is a good thing. In societies, in companies, diversity performs and makes better teams. It’s been proven! It all makes me think of Frantz Fanon, a famous French writer from Martinique. He said to Blacks: “When you hear bad things about Jews, listen up, people are talking about you.” In a way that’s something I’ve kept in mind ever since. When they speak badly about women, I feel like somehow it might be about me too. 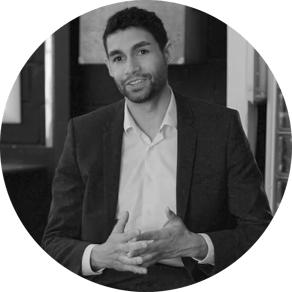