Hi, my name is Sylvie Chanh, I’m 40 years old. Mother of 2 young kids and married. I have a legal background. I’m Head of Claims and Services at CCR Re. I’ve been working at CCR Re since 2011.

What would you say to other women in the (re)insurance industry?

So there’s still room for improvement.

What should we do about it?

For me it’s important to achieve gender equality. And more generally speaking on diversity. Diversity will bring different points of view to the company and improve its performance.

What would you say to other women in the industry?

I’d like to say to women in the industry that they have to empower themselves. They have to trust their capabilities and skills.

What would you say to other men in the industry?

I’d like to say to men in the industry that they have a role to play for gender equality. And gender equalities also for men, not only for women. They have a role to play because they have to change their behaviour. There is less sexism than in the past. But today sexism is much more insidious. We can not identify it as easily as before. For example, a man would easily compliment a woman on her dress or her hairstyle instead of her results or work. But he would never do that to a man.

What do you think about your work environment at CCR Re?

For me CCR Re aims for increased gender equality, especially on the pay gap between men and women. I’m happy to be a part of this dynamic.

What do you think of affirmative action/positive discrimination?

In France we have a legal quota for companies to hire women. This quota is answer to: Why did this woman succeed? Is it because of her gender? We have suspicions on why a woman would succeed. So we need this positive discrimination as long as gender equality is an issue. 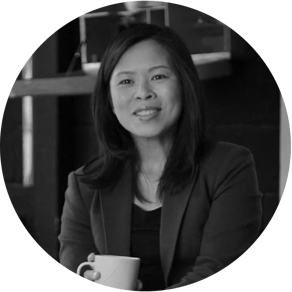